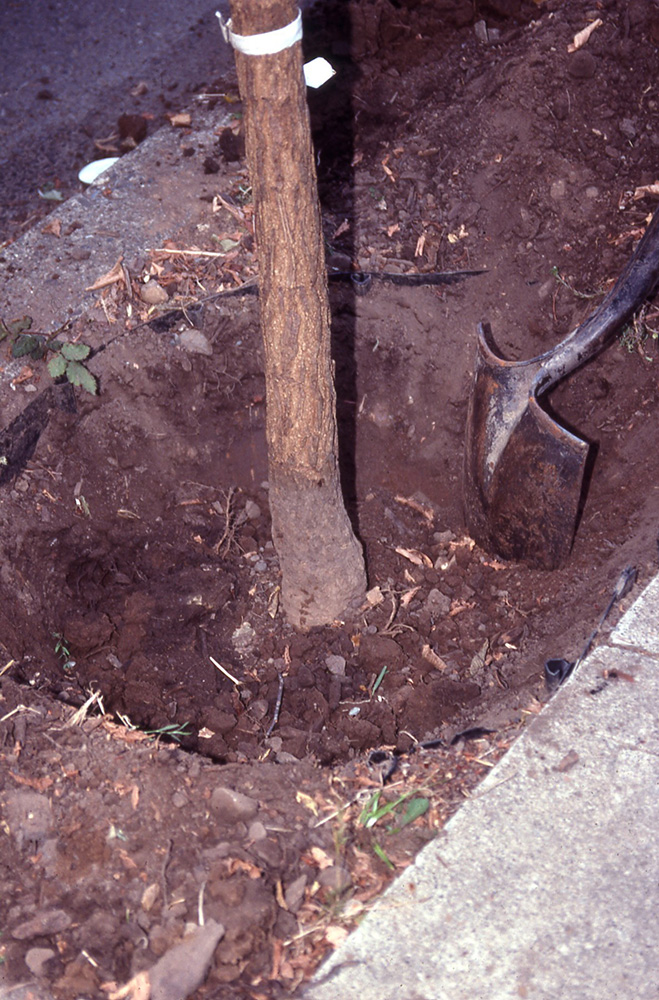 A common problem is digging the planting hole too small or too deep. It’s a good idea to loosen the soil within 3 times the width of container (pot). Dig the hole no deeper than the height of the root ball. Digging the hole deeply can cause the root ball to settle, creating a basin where water can collect. This can lead to root disease problems. Trees should be planted so the top of the root ball is about one inch above the existing soil grade. It’s generally a good idea to avoid soil amendments for the soil. They are expensive and of marginal value and can cause settling as the organic matter degrades.

This young tree was planted over 8 inches deep. The first main lateral roots were several inches deeper than shown here. Despite some irrigation, the tree had died because the root ball had not been receiving enough water. The reason is that changes in soil texture (relative size of soil particles, e.g. sand vs. clay) can create an interface between the native soil or back fill soil and the soil in the root ball. You would have to saturate the soil around the root ball to get water to remove from the surrounding soil into the root ball where the roots were still confined. 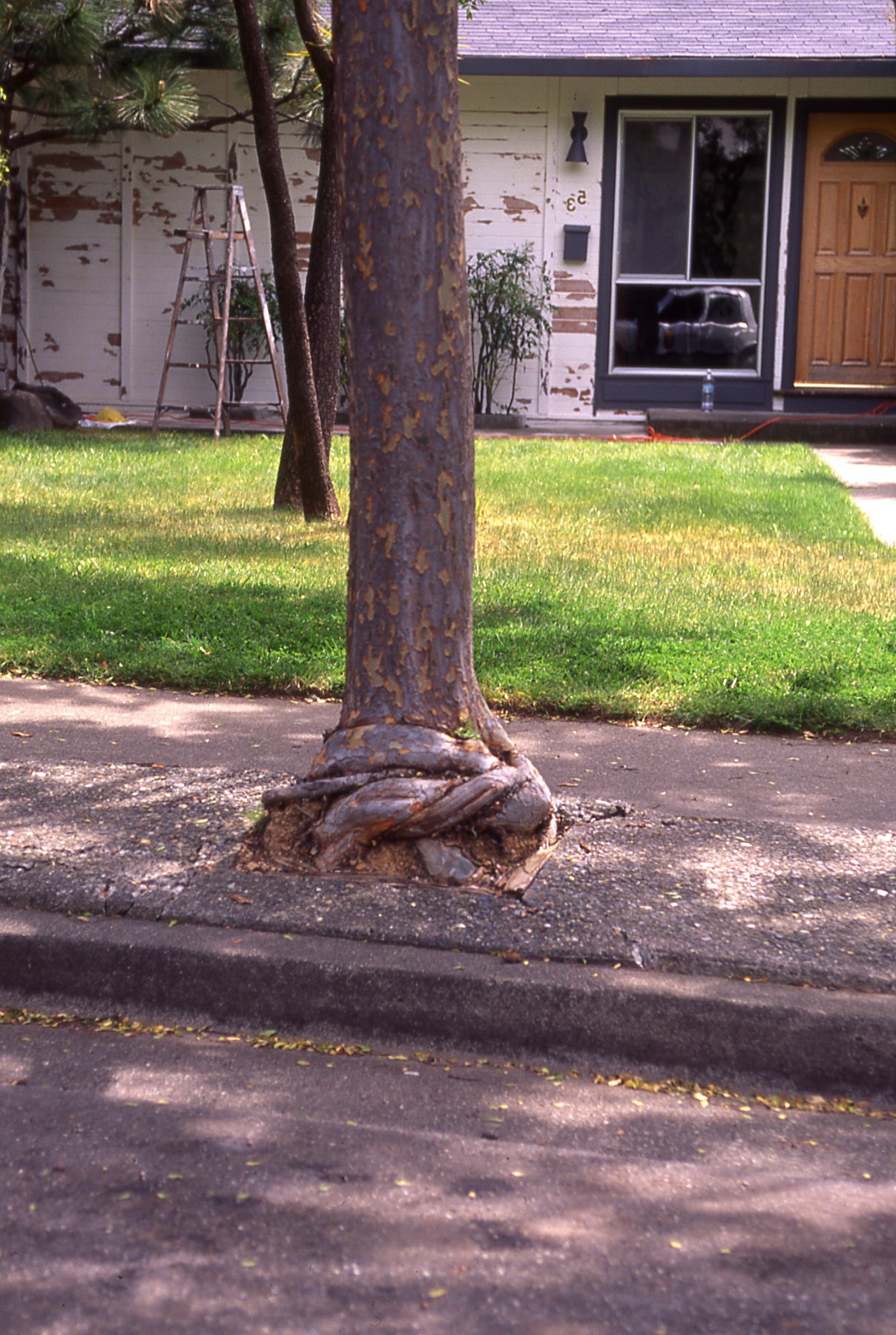 When selecting trees to plant, avoid those with obvious girdling (circling) roots. In this instance, they have totally encircled the tree and will eventually choke off its water supply or lead to root instability. They would have been clearly visible at the time of planting. This tree should never have been bought or sold.

Trees should have a turf-free zone around them for best results. Three feet is OK for a young tree and 6 to 10 feet for larger trees. It’s also a good idea to separate competing vegetation (shrubs and trees). 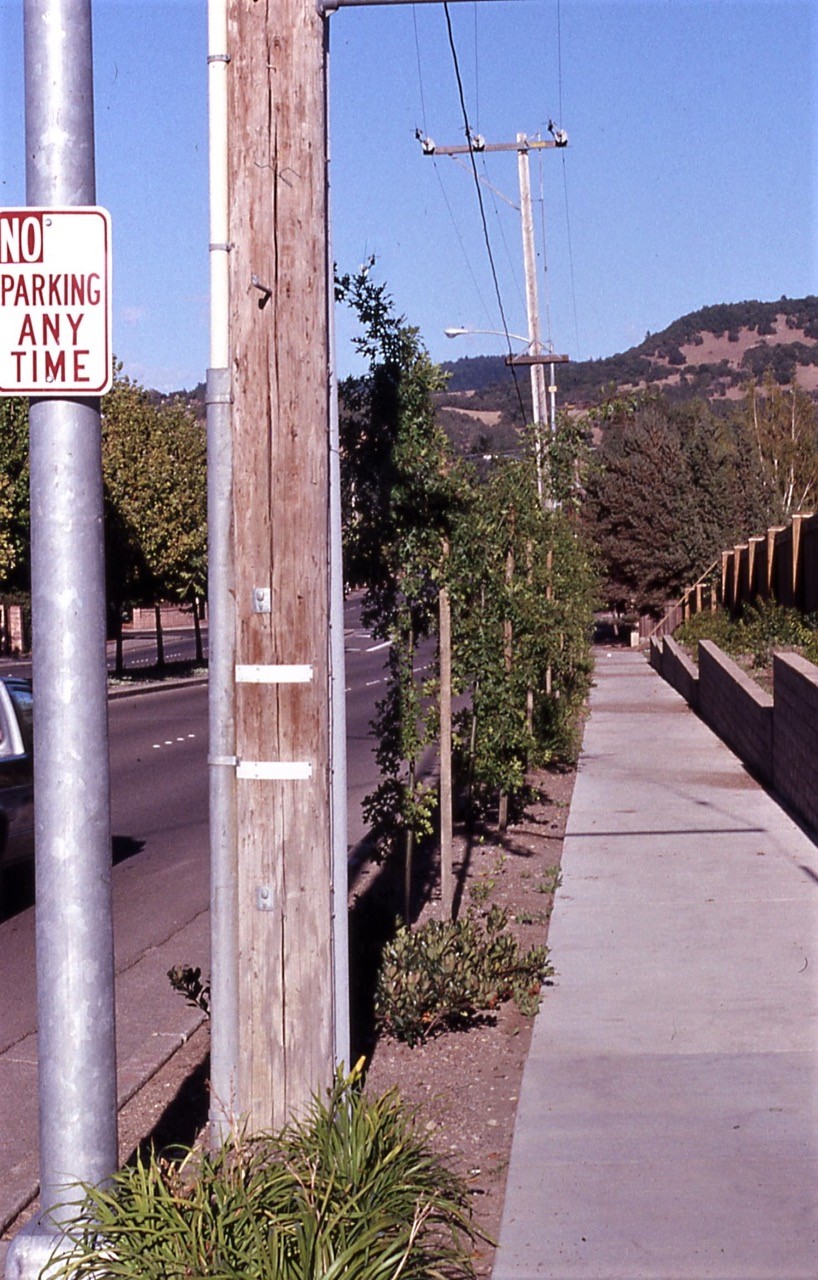 These large growing trees were planted in a narrow planting strip, too close together, and under overhead utility lines. Inevitably they will damage the sidewalk, grow into the electrical liens above, and require regular extensive maintenance to keep the limbs 10 feet away from the electrical wires at all times. Adequate clearance is necessary to prevent the trees from making contact with the electrical wires, potentiality causing fires, electrocutions, or power outages. 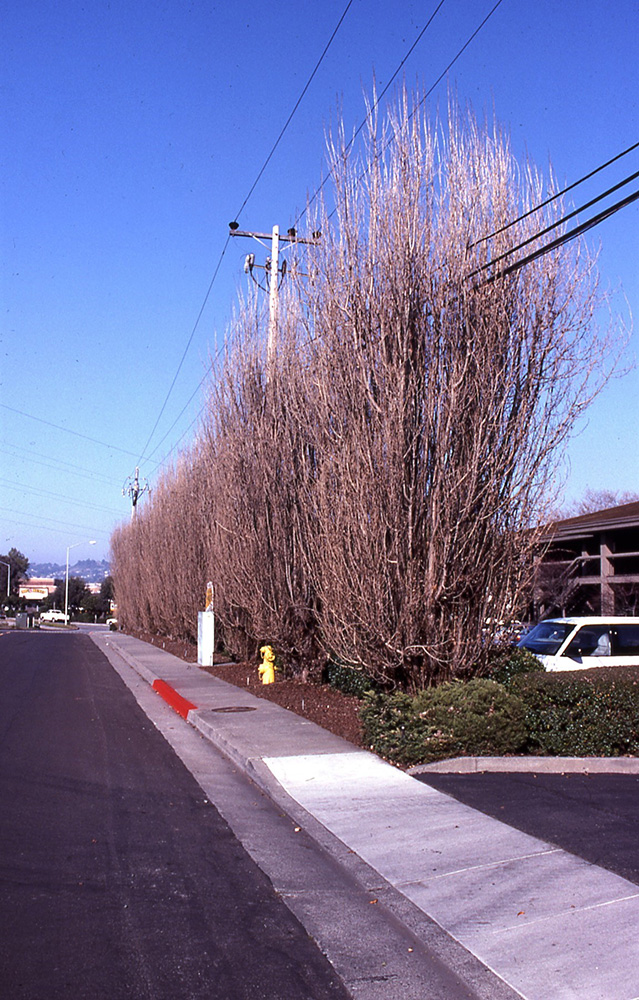 These trees illustrate encroachment on power lines. They will have to be greatly reduced in height to ensure public safety. When a tree is selected to be planted where power lines are overhead, the trees maximum height at maturity should no more than 25-30 feet tall.