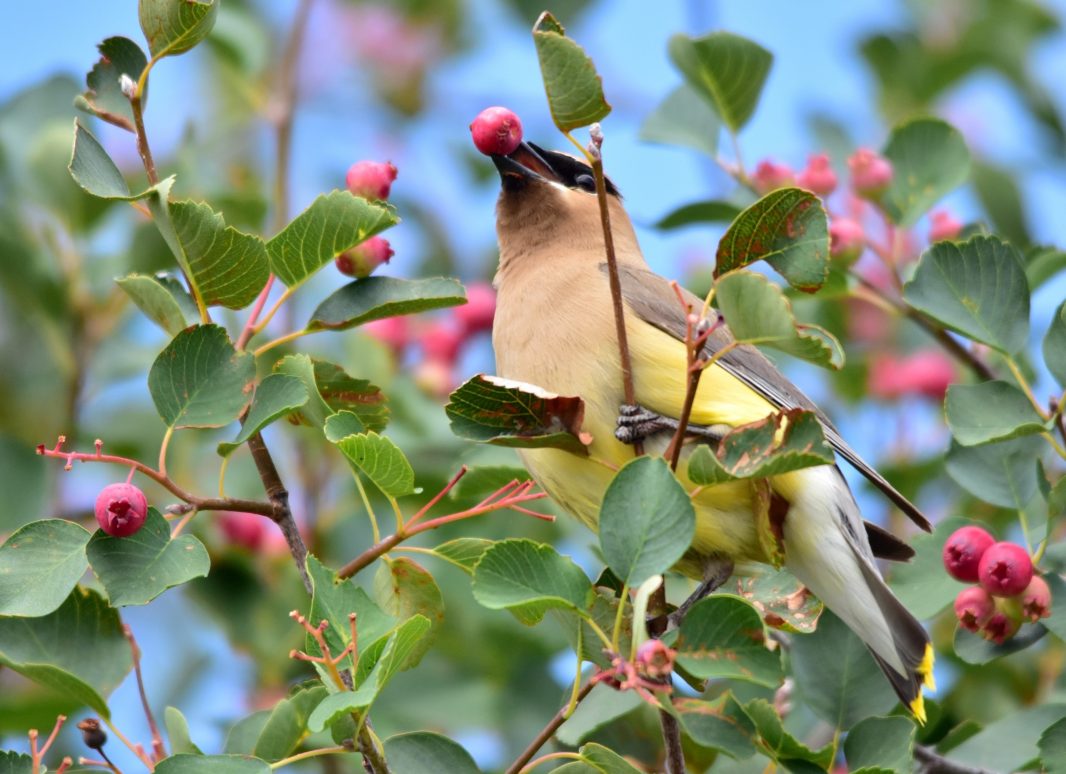 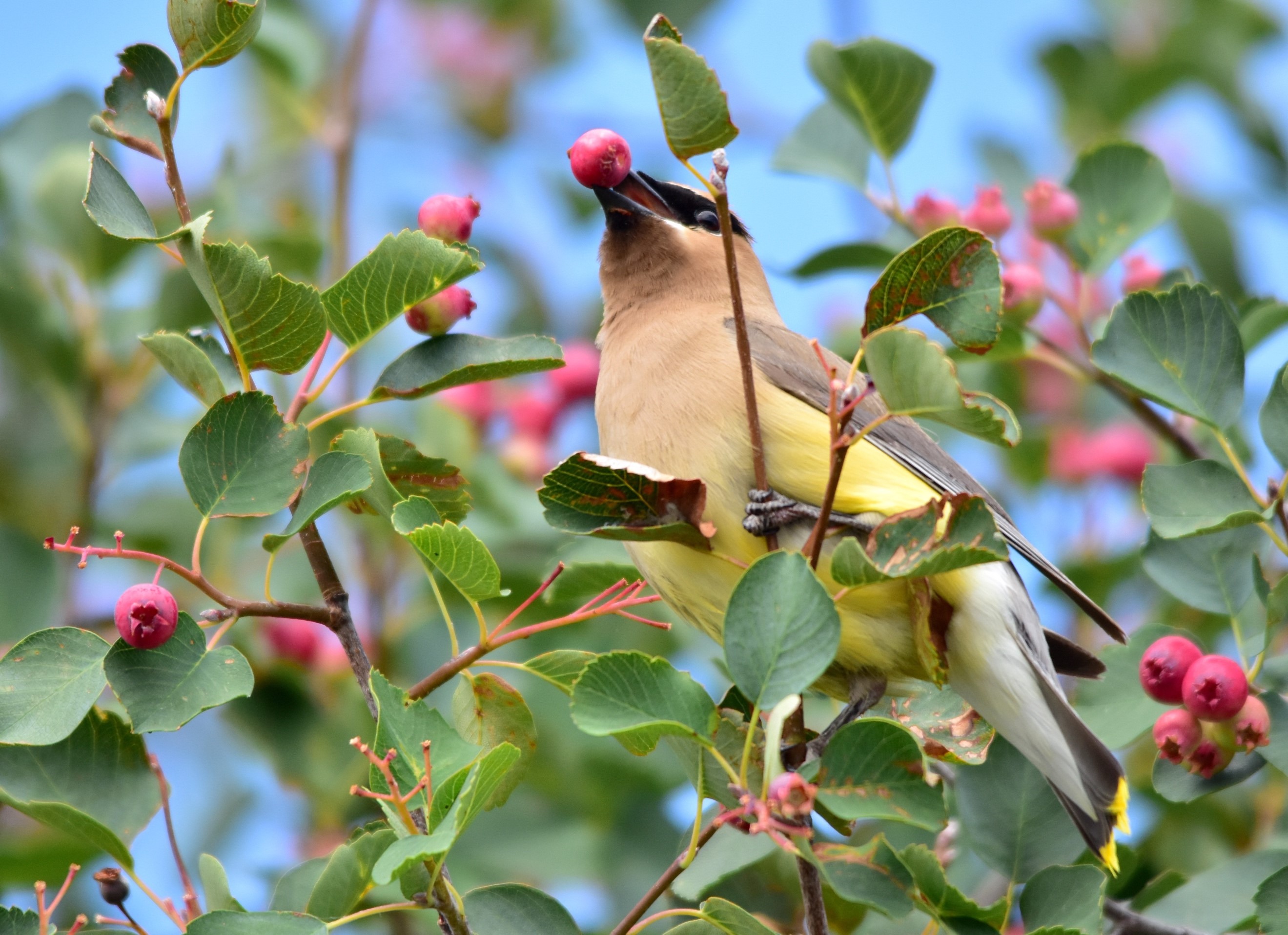 In fall and winter many birds, even insectivorous species, consume wild fruit. Did you know that they are picky about what fruit they select? Not all fruits are nutritionally the same. The Cornell Lab of Ornithology Handbook of Bird Biology, Third Edition reports that a bird’s physiology limits which fruits it can easily digest. This means that birds select fruits that are best suited to the enzymes in their gut and to their nutrient and energy needs at certain times of the year.

Most wild fruits are made up of carbs and fat and have varying amounts of protein and small amounts of other elements. High fat fruits such as those of the magnolia (which are preferred by thrushes) are digested more slowly, while those higher in carbs (and preferred by waxwings) are more rapidly digested.

Nestbox monitors for the insect-eating Western Bluebird often find that parents feed the fruit of the carrotwood tree to their offspring in late spring and early summer. One monitor, Jerry Millet, took the photo shown here.

But what about birds that eat only fruit? Apparently, they have evolved lower protein requirements than other birds. The Cornell Lab further reports that “studies of songbirds reveal that protein requirements are lower during migration compared with non-migratory periods and this may facilitate a songbird's seasonal switch to eating mostly fruit during migration.” A migrating songbird can tank up faster to meet its high energy demands by eating high carb fruits than those high in protein. 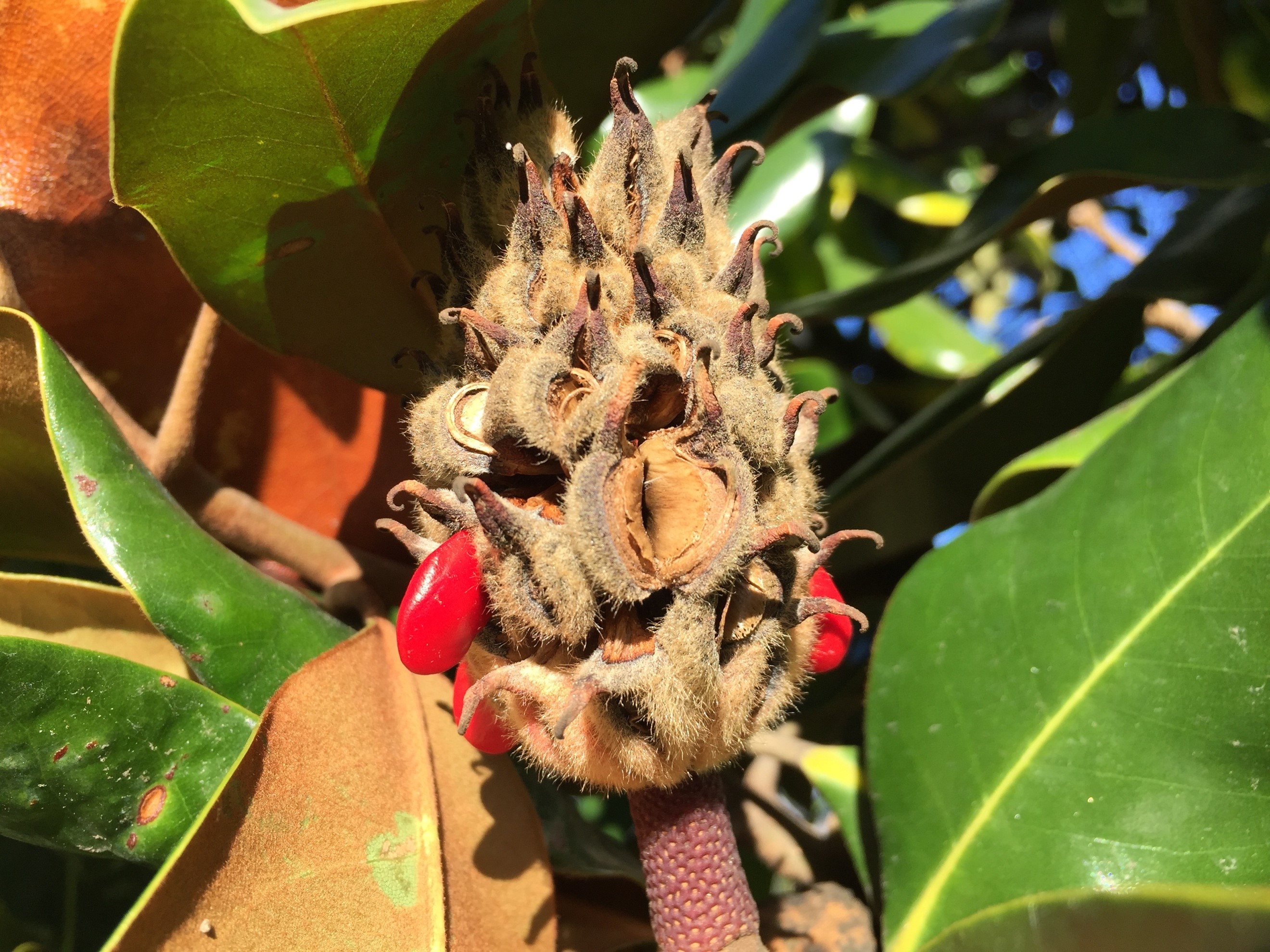 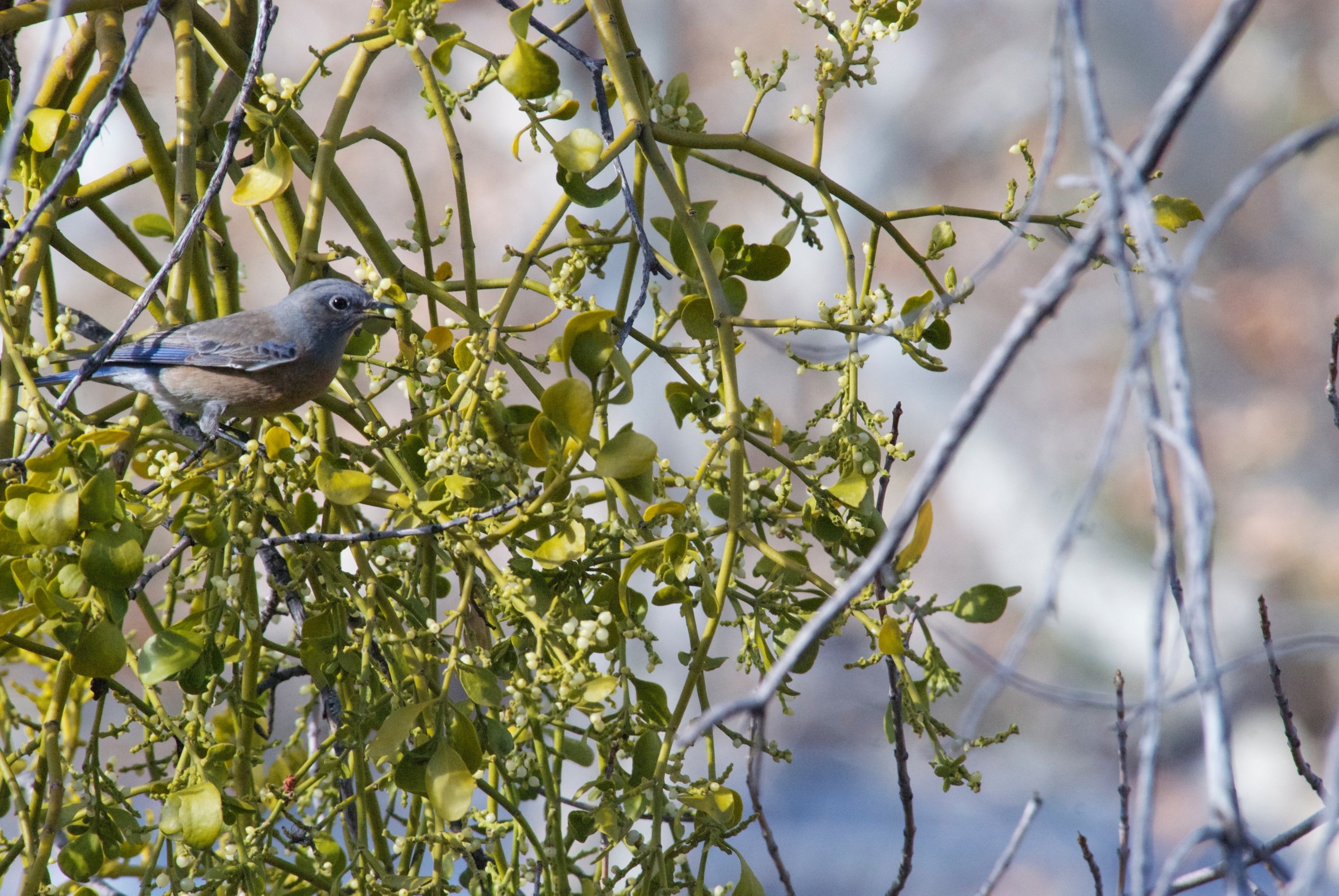 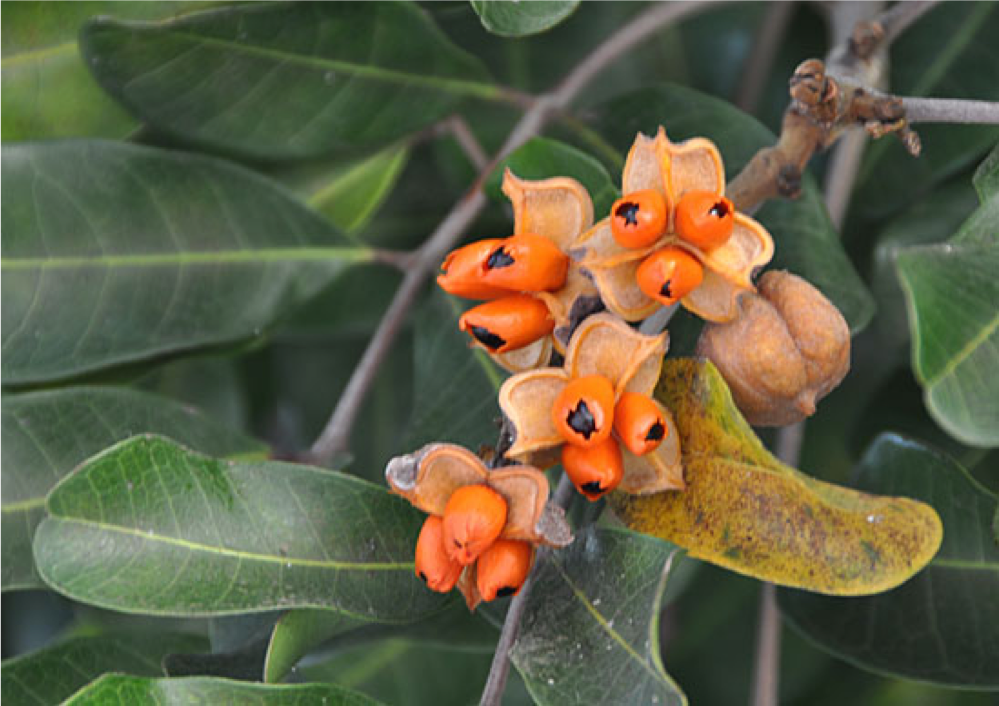 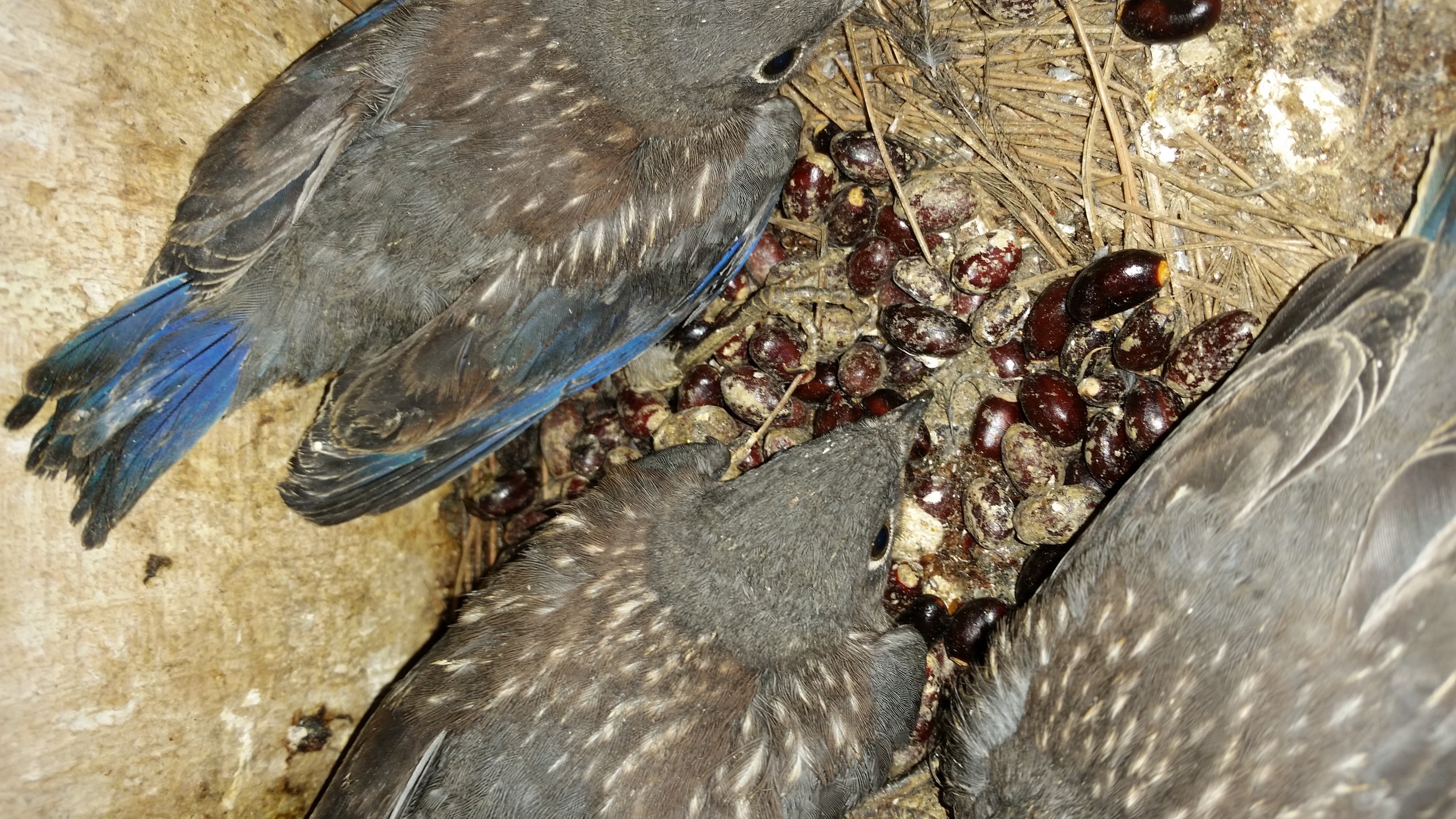