Brazen, dazzling and confounding. How else would you describe a hummingbird? Just for fun weigh two pennies in your palm. On average, hummers weigh even less. And this is true. They flap their wings 200 times per minute. How? By investing 30% of their body weight in flight muscles. To supply sufficient energy for this, their hearts beat up to 1,200 times per minute. Furthermore, no other bird can equal their combination of speed and maneuverability. 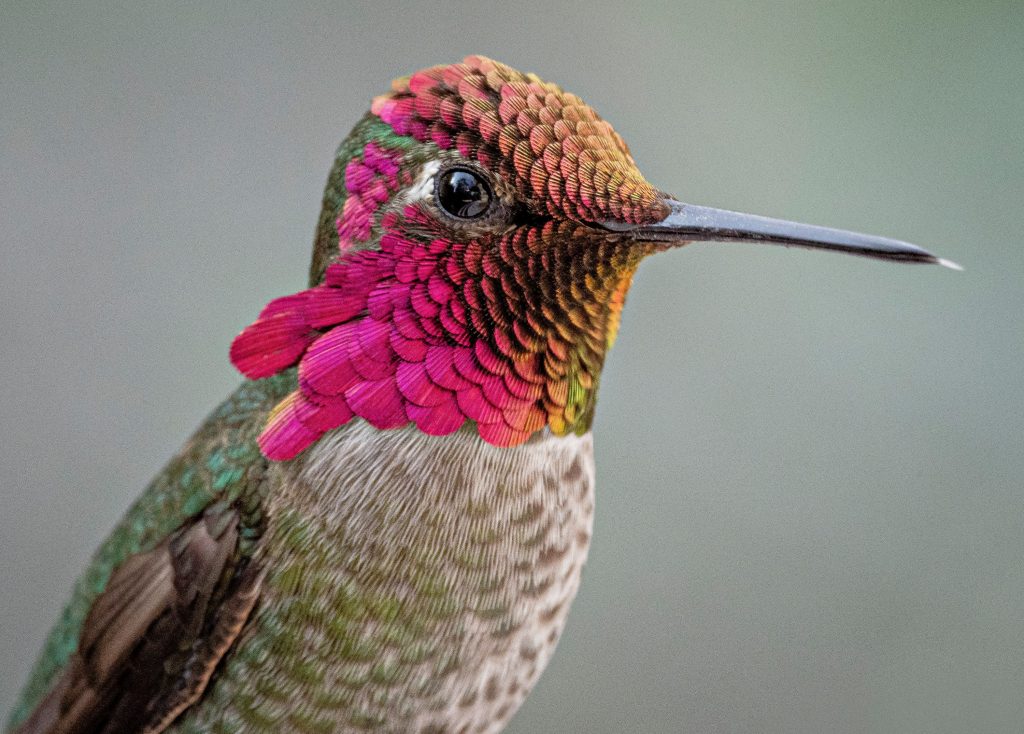 In the western half of the country we are lucky to host sixteen species. The eastern half has only one, the Ruby-throated. Some birds frequent urban areas, others occupy desert scrub, shady forest edges, coastal chaparral, and alpine meadows. In spring and fall the bird you see might be a migrant to or from a mountain, a desert or from across an ocean. 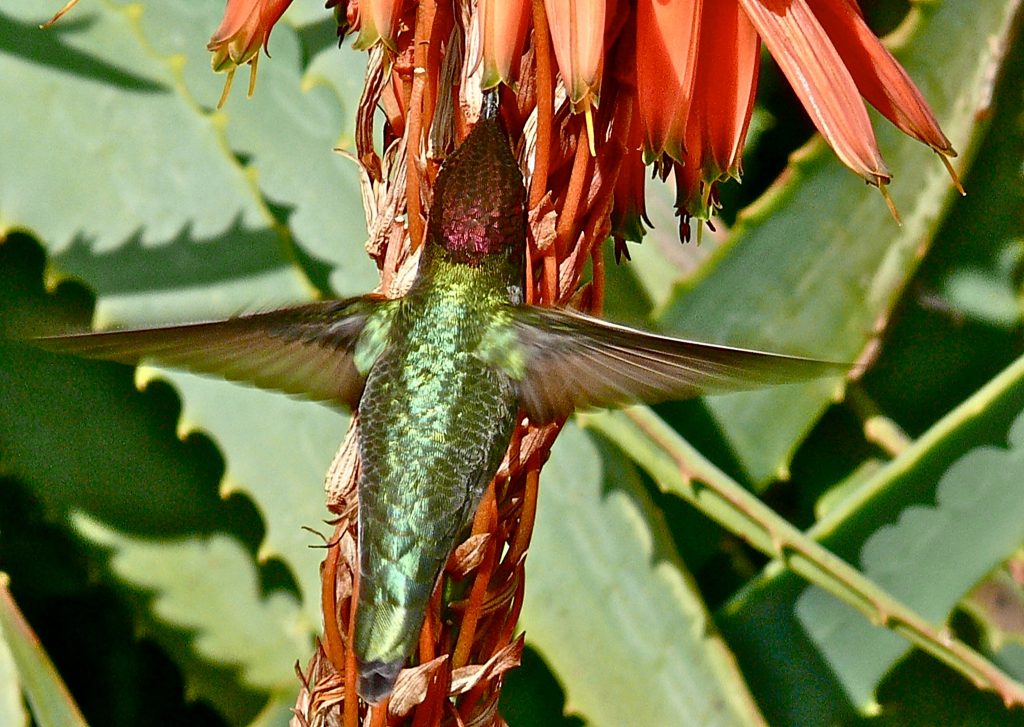 Perhaps you're curious about their iridescent feathers? Males are more iridescent because their brilliance is an adaptation for courtship as well as intimidation. Males position themselves in beneficial light to show off their caps and throats which appear to flash on an off as the angle of light changes with their movements. Colors are not produced by pigment but by light waves interacting with precisely spaced microscopic layers in feathers. Face to face contact is meant to stagger the viewer. 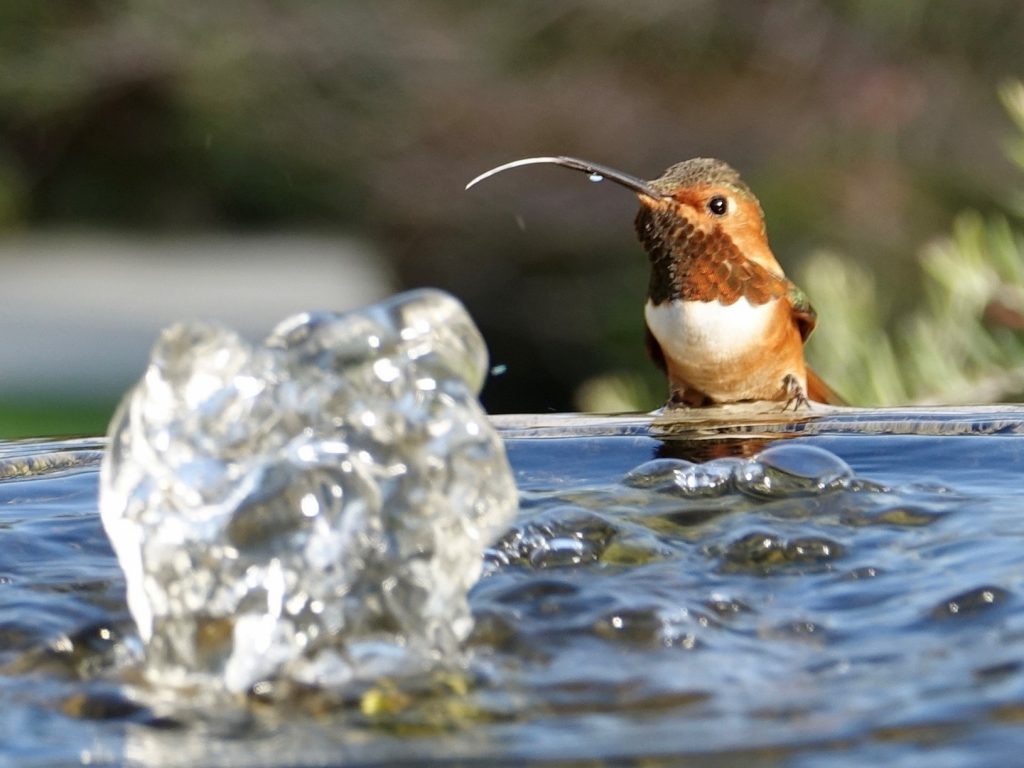 Hummers are important pollinators, especially of plants with deep-throated flowers. To access nectar, they have a specialized tongue. It is long, fringed, and forked at the tip to sweep nectar into a central gutter where it moves toward the back of the throat. Insects are a vital source of protein and are plucked in mid-air or from plants. They include gnats, fleas, mosquitoes, aphids and tiny spiders. 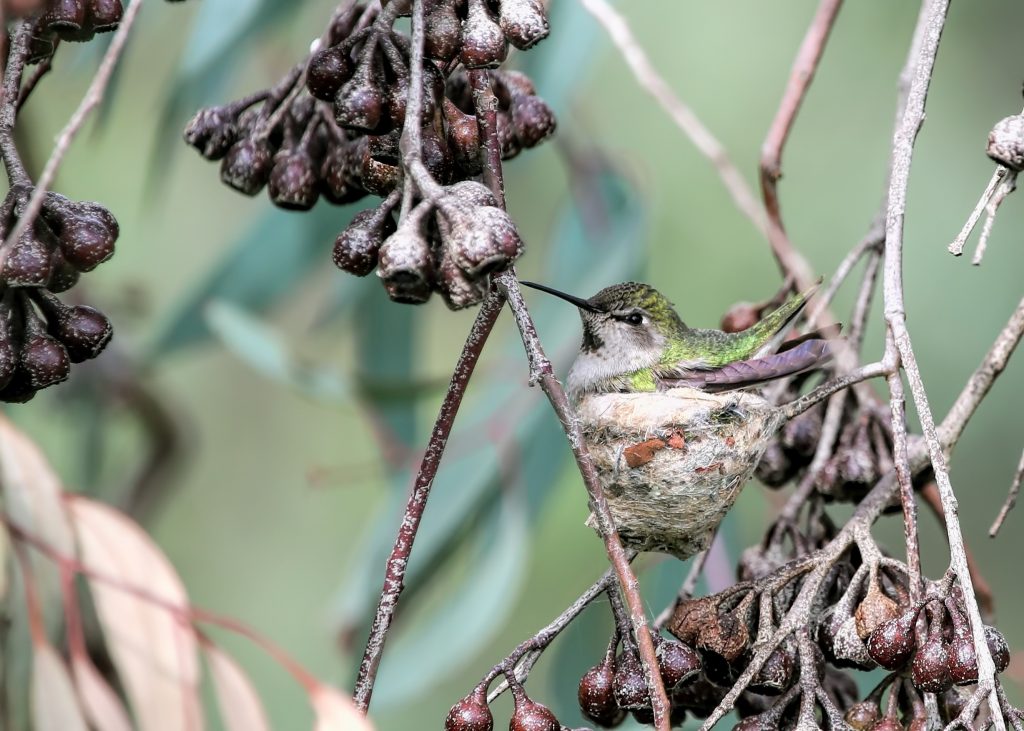 It can be impressive but vexing that females are ingenious at camouflaging their teeny cup nests. Many a spiderweb has been pilfered to tether fine plant materials to limbs, bind them altogether, and provide strength and flexibility to the nest as the babies grow. They hatch from jellybean size eggs. Breeding seasons vary and can be long. The Anna's and Costa's may start as early as January. However most nest between April through August, sometimes renesting in quick succession or spaced weeks apart. Females often renovate or build a second nest on top of their first, so avoid removing an old nest if you can. 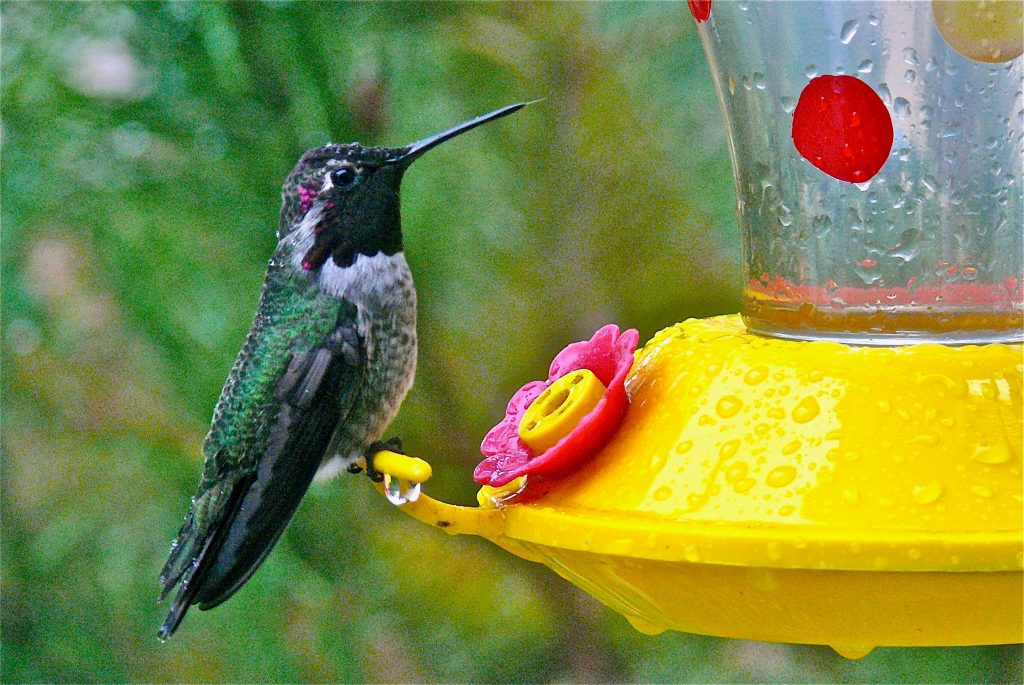 How about some tips while pruning? Look for females entering and leaving the tree or shrub at the same spot. When she buzzes and dives aggressively toward you, consider yourself alerted. If a nest is not visible, remain vigilant while work progresses. Females may sit on a nest for extended periods. Having an extra pair of eyes on the ground is helpful. Working close to an intolerant parent can disrupt caretaking so we suggest returning after young have fledged. Call the nearest wildlife rehabilitation if a nest is damaged. Handling baby hummers requires great care. Because their fragile feet can break off when pulled from their nest, it is best to lift the nest if they are still within it. The day you successfully rescue a hummer will be a day you'll be proud to remember. 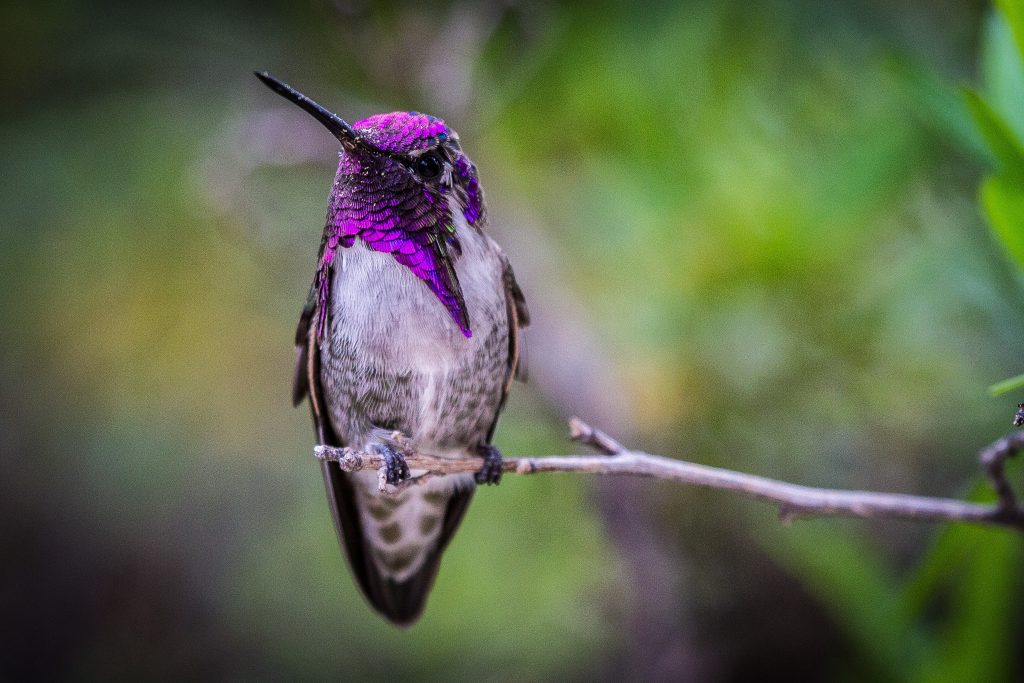