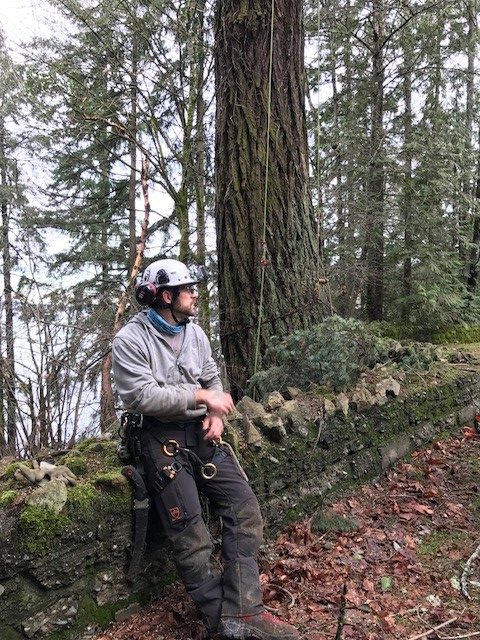 Our BMPs not only found its way to Seattle’s Department of Parks and Recreation, but it has served as an interstate handshake of sorts. The city’s Arboriculturist, Chris Rippey, happened to learn about our project when he attended a conference where Ryan Gilpin (of Hortscience) spoke about our BMPs. He remained in touch with us and recently sent photos of a diseased tree he elected to “recruit” as a habitat tree for wildlife. Better yet, he attached to it a wildlife tree sign provided by the Cavity Conservation Initiative. By no means are we taking credit for inspiring Chris’ wildlife-friendly decision however. It’s we who can take inspiration from him.

For some time his department has cooperated with Seattle Audubon and the Seattle Nature Alliance to protect wildlife during tree care. Unless tree risk or other safety concerns are high, pruning and removal is avoided in high habitat areas between February and July. On occasion Seattle Audubon has monitored an eagle’s nest so as to give Chris a head’s up as soon as work nearby could commence. When tree management is scheduled the community receives advance notice. Chris provides field walks for concerned citizens so they can learn first-hand what and why the work is planned. These show-and-tell walks seem to turn alarmed first-responders into supporters; most of them, at least.

Seattle’s pro-conservation position is underscored by having an in-house wildlife consultant who wrote wildlife BMPs for the city years ago. She processes Chris’ reports of birds at risk. When necessary, she finds biologists to assist, obtain permits, conduct surveys etc. Seattle took their commitment one step further. Earlier this year they became an Urban Bird Treaty City.

Want to send Chris a handshake and your congratulations? You can reach him here: christopher.rippey@seattle.gov. If you have questions however, be aware, he manages the city’s 300,000 trees within 480 parks. 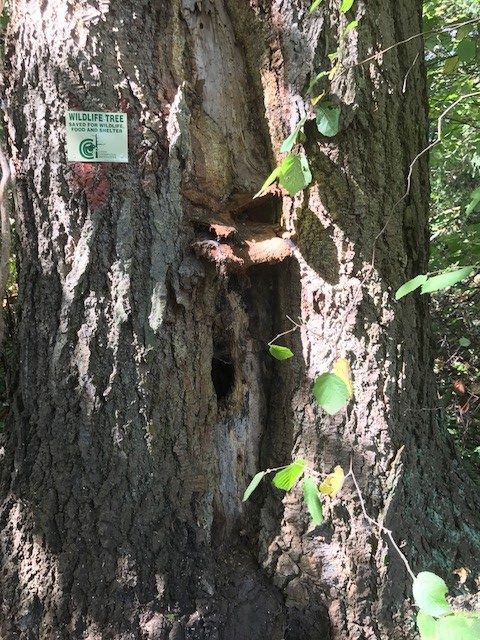 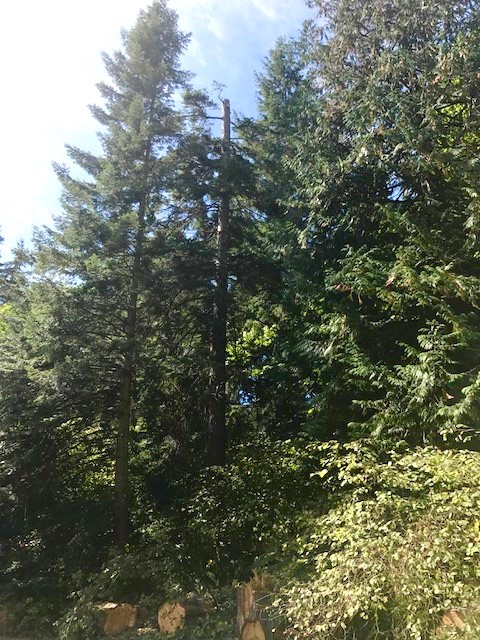 Figure 3
Tree after reduction and girdling